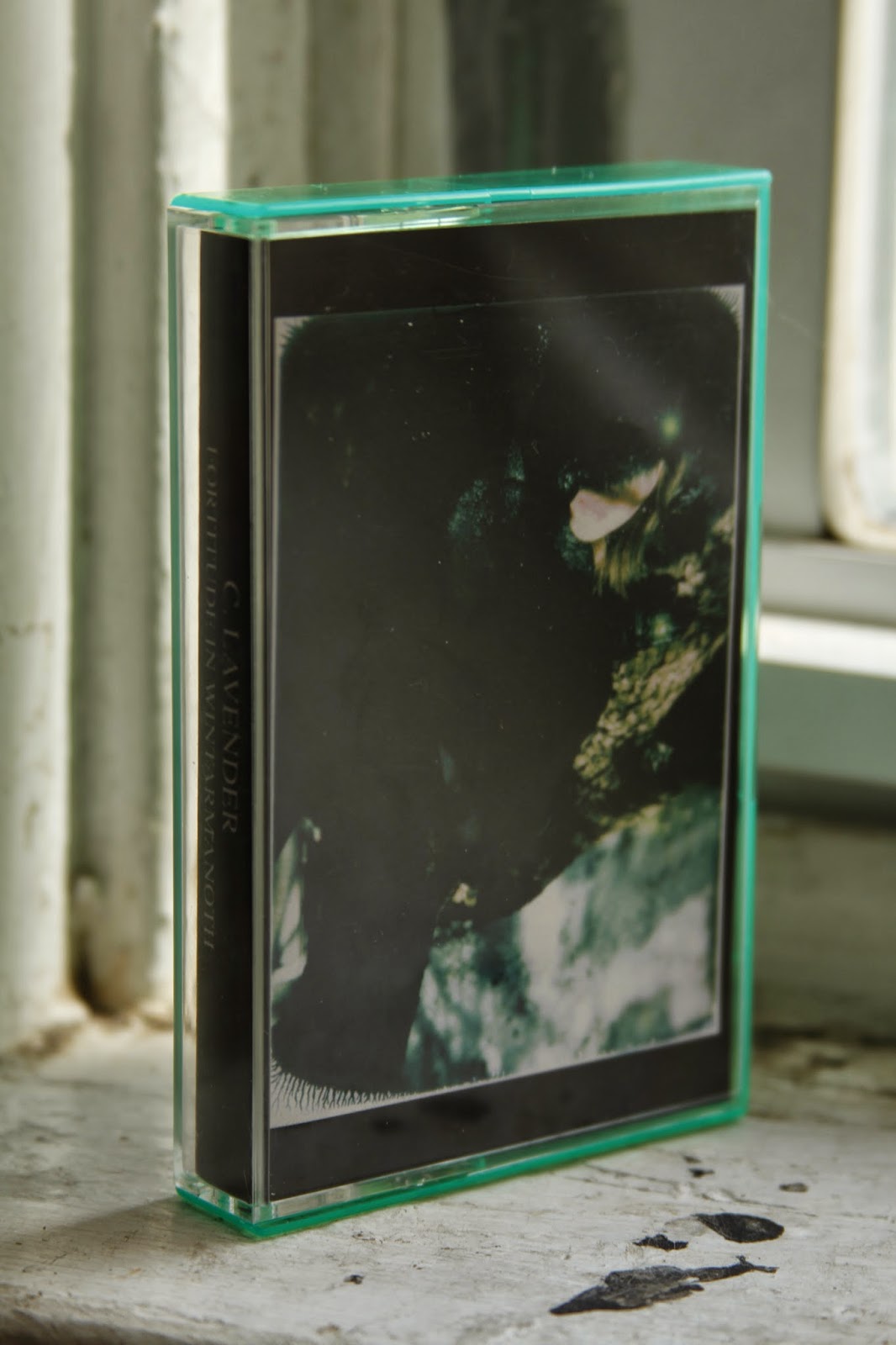 Since neither myself or K has had a functioning camera for awhile now, and rather than letting this blog be neglected and forgotten, I thought I would attempt to review some music. I can’t say that I have ever reviewed anything before, and I’m not sure I have either the knowledge or authority to do so, but if you want my opinion here it is.

I recently ordered a smattering of tapes, CDs, and records; Fortitude in Wintarmanoth by C. Lavender happened to be the first to be thrust through my mail slot. It was released on Ecstatic Peace in 2013 in an edition of 100 cassettes. I don’t know if people usually review music that isn’t new, but it’s new to me and exceptionally good.

The album contains three tracks which, in fitting with the title, were recorded in January of 2012, 2011, and 2010. Perhaps it’s not the correct month to be listening to this, but considering the inescapable winter we’ve had it’s still quite fitting. This album succeeds in its offering of atmosphere over mere amplitude; in fact for something so noisy it’s surprising quiet. The first track Opening the Gates gradually creeps out of a silent void growing in both volume and depth. I feel like I’m listening to the reverberation of winds through a thick dark forest, or the inner recesses of a cave. The second track Letting Them In has a similar ambience to it, but even more menacing. A horn like synth growls viciously over a scraping, clanging bass. It grows until reaching a climax with an almost wolf like howling that is intense and terrific.

I use such analogies not to sound poetic, or rather not only to sound poetic, but to really emphasize the mood created by this album. On one hand it can be taken as a product of the bleakness of the winter; cold, dead, and isolating. There is however also an aural sensation of the fertility of nature; a certain lushness that is perhaps not of winter, but meant to give one strength to get through winter.

The last track “You Can Never Go Home” seems a little out of place as it doesn’t have quite the same tone or quality as the first two, but is still a good listen. This is a really solid album; I highly recommend it if you like things that are noisy, dark, and atmospheric. Order a cassette while you can; it has cool artwork and quality packaging. The case is green, neat! If you don’t like physical things you can buy a digital copy of it instead.
Posted by Michael at 3/26/2014 08:21:00 PM